Read this article original article as found on http://www.thepublicdiscourse.com/2014/08/13667/ How grateful I am for the stance the prophets have given through The Family: A Proclamation to the World.

As mainline Protestant denominations increasingly accept the ordination of gay clergy and publicly affirm same-sex unions, the sociologist in me wishes to understand what this development means for people in those denominations. I’m not talking about subtle linguistic shifts. While the difference between speaking of marriage as a “civil contract between a woman and a man” and as “a unique commitment between two people” is obvious to those who pay attention to church documents, the impact of such changes on congregants’ attitudes and internalized paradigms—their hearts, I suppose—is seldom considered.

What is the sexual and relational morality of Christians who accept the moral legitimacy of same-sex marriages? Some questions naturally arise. Does adultery mean the same thing for both same-sex and opposite-sex unions? Does it make sense to speak of premarital sex in such a context? Historically, the fear of pregnancy was enough to scare many love-struck Christians into taking things slow, but same-sex pregnancies are an accomplishment, not an accident, and most Christians use contraception now anyway.

To be sure, the sexual and relational standards of many Christians have already shifted. I’m not so naïve as to think that affirming same-sex marriage is the first significant change to take hold in their sexual and relational norms. More likely, the sexual morality of many churchgoing Christians shifted years ago, and the acceptance of same-sex marriage as licit Christian action follows significant change rather than prompts it. An ideal test would have been to have successfully interviewed congregants in “shifting” denominations (like the Presbyterian Church USA and the Episcopalians) over time, mapping what happens to their personal attitudes and opinions as social change occurred around them. So far as I’m aware, no one has done that. Indeed, it would have been difficult to do, involving the successful anticipation of future changes that were far from certain at the time.

What I do here is far more circumscribed. I assess a set of sexual and relational attitudes of Christians who support—and Christians who oppose—same-sex marriage.

Primarily, this exercise concerns the attitudes of all churchgoing Christians who express support for same-sex marriage. And since the LGBT population remains a small minority (and even smaller in organized religious communities), it’s reasonable to conclude that the sexual morality that “welcoming” congregations or individual Christians profess will have largely been fashioned—and maintained—by sympathetic heterosexuals. These are and will remain the majority (and hence, the norm) in all congregations, save for the Metropolitan Community Church and perhaps scattered congregations of the United Church of Christ.

The Relationships in America Survey

To do this, I rely on the Relationships in America survey, a data collection project I oversaw that interviewed 15,738 Americans, ages 18-60, in early 2014. It’s a population-based sample, meaning that its results are nationally representative. The survey asked respondents to indicate their level of agreement or disagreement with these seven statements:

2. It is a good idea for couples considering marriage to live together in order to decide whether or not they get along well enough to be married to one another.

3. It is OK for two people to get together for sex and not necessarily expect anything further.

4. If a couple has children, they should stay married unless there is physical or emotional abuse.

5. It is sometimes permissible for a married person to have sex with someone other than his/her spouse.

6. It is OK for three or more consenting adults to live together in a sexual/romantic relationship.

There is more to sexual and relationship morality than just these seven items, to be sure, but they do offer us a glimpse into how people perceive various practices and relationships. In order to ensure this is not just an exercise in documenting the attitudes of Christians “in name only,” I’ve restricted the analysis to churchgoing Christians—here defined as those who report they attend religious services at least three times a month and who self-identified with some sort of Christian affiliation. And I’ve restricted the analysis to those who report a position either for or against same-sex marriage. (I’ve excluded the one-in-four who reported they are undecided.)

For comparison purposes, however, I report the population average for each measure here, to use as a gauge of where the country is as a whole, as well as the attitudes professed by self-identified gays and lesbians who also report affiliation with a Christian tradition, and gays and lesbians who do not report a Christian affiliation. Because there is no attendance proviso attached to these two groups, the minority of gay and lesbian Christians who are regular churchgoers may also appear in one of the first two columns.

So what do the numbers say? The table above displays the share of each group who either “agree” or “strongly agree” with the seven statements listed above. At a glance, there is a pretty obvious fissure between Christians who do and do not oppose same-sex marriage. More than seven times as many of the latter think pornography is OK. Three times as many back cohabiting as a good idea, six times as many are OK with no-strings-attached sex, five times as many think adultery could be permissible, thirteen times as many have no issue with polyamorous relationships, and six times as many support abortion rights. The closest the two come together is over the wisdom of a married couple staying together at all costs (except in cases of abuse).

Churchgoing Christians who support same-sex marriage look very much like the country as a whole—the population average (visible in the third column). That answers my original question. What would a pro-SSM Christian sexual morality look like? The national average—the norm—that’s what.

While the divisions here are notable, we should maintain some perspective. No more than four in ten Christians who support same-sex marriage agreed with any of the statements above (except the question about children and divorce). The same cannot be said for American Christians who self-identify as gay or lesbian, as the fourth column demonstrates. And that group is clearly distinct from those gay and lesbian Americans who do not affiliate with a Christian tradition (e.g., nonreligious, Jews, spiritual-but-not-religious, Buddhists, etc.).

I’m not suggesting any “slippery slope” sort of argument here, implying that a shift in one attitude will prompt lock-step adjustments in others. In reality, our moral systems concerning sex and sexuality tend rather to resemble personalized “tool kits” reflecting distinctive visions of the purpose of sex and significant relationships (and their proper timing), the meaning of things like marriage and gender roles, and basic ideas about rights, goods, and privacy. Americans construct them in quite distinct combinations, often cafeteria-style. Instead, the results might be better interpreted as a simple story of social learning from quite different reference groups—those sets of people we use as a standard of comparison for ourselves, regardless of whether we identify as a member of that group. Indeed, attitude shifts in this domain are probably far more about reference groups than about any sort of individual “evolution” or rational construction of personal values. And it’s because of reference groups that both sets of Christians tend to perceive themselves as rather embattled, which is an inherently social sensation.

Christians Feel Embattled—Regardless of Their Views on Marriage

Given the rather massive divide in attitudes about sexual and romantic relationships evidenced in the table above, reference group theory—if employed here—would suggest that the current division between these groups of churchgoing Christians will remain far into the future. Even if a share of American Christians who presently oppose same-sex marriage track in more liberal directions—and it would be shrewd to presume that this will occur—those Christians who already support same-sex marriage are themselves still tracking in that same direction. And, from the looks of it, they have plenty of territory to cover yet.

Mark Regnerus is associate professor of sociology at the University of Texas at Austin, research associate at its Population Research Center, and a senior fellow at the Austin Institute for the Study of Family and Culture. 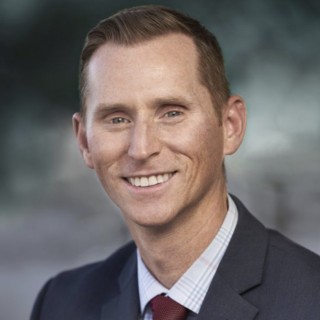 Travis Parry has spent the last 12 years helping couples and family businesses improve their financies, health, and relationships. Travis is working on a Ph.D. is Family Studies from Utah State University and enjoys living in Logan with his amazing wife Angela and their 5 beautiful children.